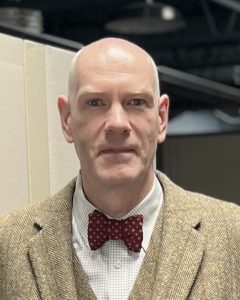 Champaign, IL – The HDF Group announced its Board of Directors has appointed Gerd Heber as its new Executive Director. The HDF Group is a software company dedicated to creating and supporting technologies to address many of today’s big data challenges.

Dr. Heber, who has been The HDF Group’s Applications Architect since 2010, replaces Mike Folk upon his retirement. Folk will remain a member of the Board of Directors.

Heber said, “HDF5 was conceived with pragmatism and change in mind, and that is why I believe it has remained relevant for 20+ years. It is inspiring to see that in the last six months, HDF5 software was downloaded over 150,000 times from over 9,200 locations in 191 countries. However, the pace of change has picked up, the drivers of change are more manifold, and the economic model surrounding software technology is quite different today. There are interesting technical problems to be addressed, but that is the ‘easy part.’ The challenges to our organization and the HDF5 ecosystem at large are far more complex and will be my focus. Whatever the changes to come may be, I want our users and clients to know that our mission and values remain unchanged, in particular, our unwavering commitment to free open-source software.”

“Since I started using HDF5 in 2000, I have seen myself primarily as a user of HDF5. What’s in it for users? Going forward, users should expect to see from us a much stronger engagement in several areas including: 1) HDF5 ease of use and robustness 2) Reproducibility in science and engineering 3) HDF5 in Cloud-based environments. We will do all this by building on existing relationships across all sectors and by exploring new partnership models and forging new collaborations.”

Retiring executive director, Mike Folk added, “Gerd is clearly the leader for HDF’s future, and he has the unanimous support of the Board of Directors. We need someone with experience, knowledge, and passion to lead us in meeting the data challenges of the future. With his strong background in computing and data, coupled with his powerful vision for future data challenges and how to meet them, Gerd is just what we need for the job.”

Gerd Heber received his PhD in Mathematics from the University of Greifswald, Germany, and studied at Moscow State University and Friedrich Schiller University, Jena. He held research positions at the Gesellschaft fur Mathematik und Datenverarbeitung in Berlin, University of Delaware, and Cornell University, and was IT Manager and Applications Specialist at Oxford-Man Institute for Quantitative Finance in the UK.

Throughout his career, Heber has actively worked on interdisciplinary projects with a strong emphasis on applications. Much of his work has focused on simulation and visualization, data modeling, data integration, and large-scale data management for scientific and commercial applications in quantum chemistry, population dynamics, fracture mechanics, materials science, quantitative finance, fusion, and electromagnetics. He developed an HDF5 (semantic web) ontology and specified the first REST-based model for HDF5 data services. He also led HDF5 integration efforts with spreadsheet tools, database management systems, and (command-line) shell environments.

HDF technologies are used in government, academia, and industry for applications demanding high-performance, general-purpose data management software. The HDF Group’s flagship technology is HDF5, a data model with supporting software and implementations that scales to handle virtually all data, no matter its complexity, size, or access requirements.

The HDF5 ecosystem includes thousands of applications and millions of users worldwide in government, research, and the private sector. Disciplines as varied as astrophysics, biomedicine, climate science, oil and gas, machine learning, advanced manufacturing, and aerospace depend on HDF technologies.